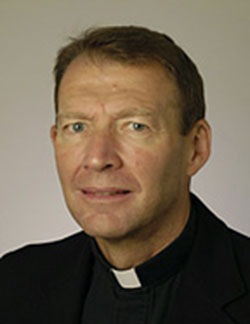 John Paul Heil is a priest of the Archdiocese of St. Louis. Ordained in 1974, he studied at the Pontifical Biblical Institute in Rome, where he received his Doctorate in Sacred Scripture in 1979. After teaching at Kenrick-Glennon Seminary in St. Louis for 27 years, he joined the faculty of the School of Theology and Religious Studies at CUA in 2006.

His early career focused on the Gospels and the Letters of Paul, resulting in the publication of several articles and monographs. More recently his focus has been on the worship dimension of the New Testament. This has resulted in monographs on worship in the Letters of Paul, Hebrews, James, 1-2 Peter and Jude, and the Book of Revelation.

Galatians: Worship for Life by Faith in the Crucified and Risen Lord 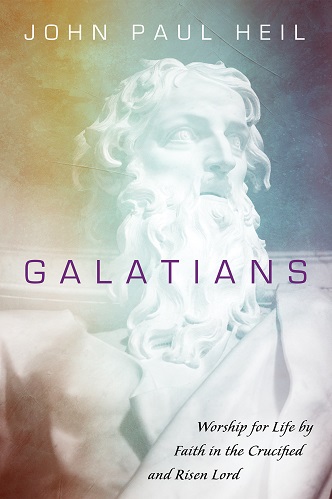 This book presents two new proposals regarding Paul’s letter to the Galatians. First, it demonstrates an entirely new chiastic structure embracing the entire letter, based on strict linguistic and textual criteria rather than on conceptual or theological themes. This chiastic structure accords with the view that Galatians was originally performed orally in a setting of communal worship. Secondly, it offers a new proposal for a key theme that runs throughout Galatians, as expressed by the subtitle of this book—“Worship for Life by Faith in the Crucified and Risen Lord.” It considers “worship” to be a comprehensive concept that includes liturgical, cultic, or ritual worship as well as the moral behavior that is to complement it as ethical worship in accord with the biblical tradition. “Life” refers both to the present way of living as well as to future eternal life. “Faith” refers to the acceptance of divine grace available to the believer because of the death and resurrection of the Lord Jesus Christ.
Paperback: $17.60 | eBook $17.60
ISBN: 9781532656088
Purchase Now!

The Letters of Paul as Rituals of Worship 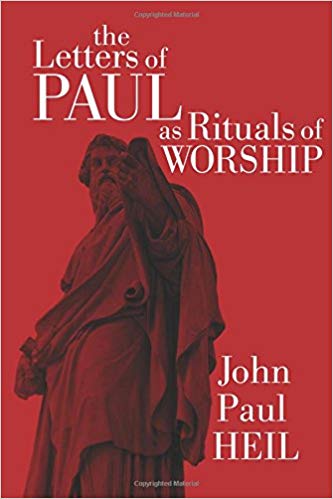 This book focuses on worship in the letters of Paul in an effort to shed some light upon this key theme and bring the various dimensions of its significance into the foreground of Pauline studies. Each of the thirteen New Testament letters attributed to Paul are treated exclusively from the aspect of worship, as understood in its most comprehensive sense in the biblical tradition, with the liturgical and the ethical facets of worship held in dynamic interrelationship. The result is a fresh way of reading and listening to the letters of Paul for a deeper appreciation of their original purpose and message.

The Book of Revelation: Worship for Life in the Spirit of Prophecy 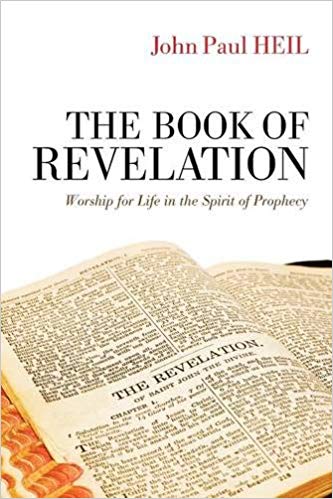 John Paul Heil presents an original analysis of the theme of worship in the book of Revelation guided by a new illustration of its comprehensive chiastic structure. The worship that Revelation exhorts and enables is in the divine Spirit of prophetic witness against all forms of idolatrous worship on earth in favor of a true, heavenly, and universal worship of the Lord God and the Lord Jesus Christ, the Lamb, for an eternal and heavenly life. The audience begins this worship in the eucharistic supper into which Revelation leads them by inviting them to respond to the promise of Jesus, “Yes, I am coming soon” with “Amen! Come, Lord Jesus” They thereby affirm and welcome the coming of the Lord Jesus, the exalted sacrificial Lamb, to the eucharistic supper that anticipates his final coming and the divine grace, the gift of eternal life, of the Lord Jesus that is intended to be the destiny of all -“The grace of the Lord Jesus with all”

The Gospel of John: Worship for Divine Life Eternal 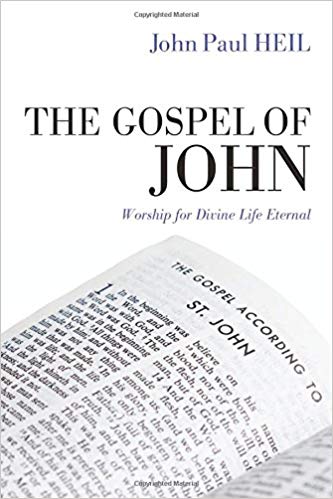 The Gospel of John has been examined from many different perspectives, but a comprehensive treatment of the theme of worship in this Gospel has not yet appeared. John Paul Heil offers a contribution toward a remedy of this deficiency by analyzing the entire Gospel of John from the perspective of its various dimensions of worship. The aim is to illustrate that three different but complementary dimensions of worship-confessional, sacramental, and ethical-dominate this Gospel. Indeed, these different types of worship represent the ways one expresses and demonstrates the faith that includes having divine life eternal, which is the stated purpose for writing the signs Jesus did in this Gospel- “that you may believe that Jesus is the Christ, the Son of God, and that, believing, you may have life in his name” (John 20:31).
Paperback: $23.00 | Hardback: $43.00 | eBook $9.99
ISBN-13: 978-1498231169 (paperback)
ISBN-13: 978-1498231183 (hardback)
Purchase Now!

The Gospel of Matthew: Worship in the Kingdom of Heaven 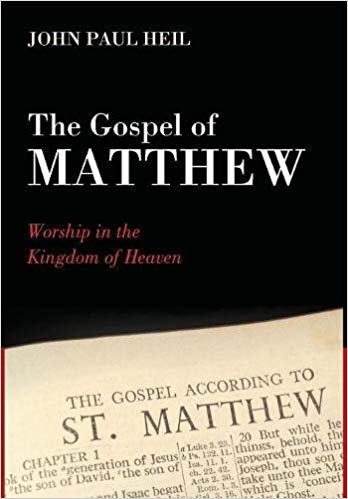 The Gospel of Matthew encourages and inspires its audience to practice the true, authentic, and holistic worship required for believers in Jesus to live in the kingdom of heaven. In accordance with all that Jesus taught and exemplified regarding authentic worship, believers are invited to complement their worship of God by worshiping and praying to Jesus as God’s beloved Son, who represents “God with us.” They are also invited to complement their ritualistic worship, especially the baptism and Eucharist instituted for them by Jesus, with an ethical worship that extends to others, especially to disciples, children, and “the least ones” with whom Jesus identifies himself, the mercy God desires for a holistic worship. Indeed, a compassionate mercy toward all is the distinctive and noteworthy hallmark that characterizes the theme of worship in the kingdom of heaven, according to the Gospel of Matthew. 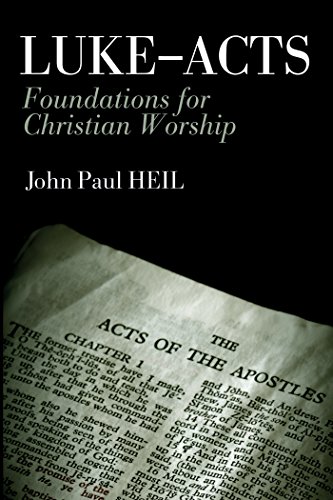 This book demonstrates that Luke-Acts provides its audience with a basic foundation for all of the various dimensions of Christian worship. With the arrival of Jesus, and especially his being raised from the dead by God, the preeminent locations, leadership, and times for worship move beyond the Jerusalem temple, Jewish synagogues, Sabbath, and the Jewish feasts of Passover and Pentecost to worship in and by the Christian community.   As Son of God and Lord, Jesus becomes an object of true worship along with God the Father. Jesus serves as a subject for laudatory worship. Jesus teaches about prayer, engages in it, and serves as an object for supplicatory worship. Jesus not only took part in the ritual worship of being baptized by John, but as the risen and exalted Lord baptizes believers with the Holy Spirit in the sacrament of baptism. In addition, the many meal scenes throughout Luke-Acts provide numerous insights foundational for proper celebrations of the Eucharist.

1-3 John: Worship by Loving God and One Another to Live Eternally 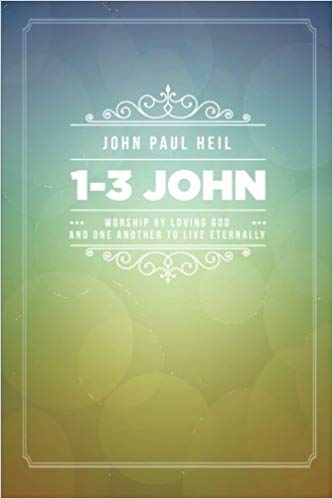 This book treats the three letters of John as a unified epistolary package. It proposes two new contributions to the study of 1-3 John. First, it presents new comprehensive chiastic structures for each of the three letters of John based on concrete linguistic evidence in the text. These chiastic structures serve as the guide for an audience-oriented exegesis of these letters. Secondly, it treats these letters from the point of view of their worship context and themes. Not only were 1-3 John intended to be performed orally as part of liturgical worship, but together these three letters exhort their audience to a distinctive ethical worship. In accord with the subtitle of this book, the three letters of John are concerned with giving their audience an experience of living eternally by the worship that consists of loving God and one another.
Paperback: $26.00 | eBook $9.99 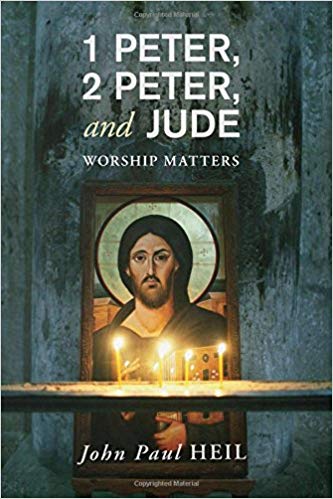 This book proposes new and comprehensive chiastic structures as well as new unifying themes for the often-neglected New Testament letters of 1 Peter, 2 Peter, and Jude. In accord with these structures, which organize the oral performance of these letters in a context of communal worship, the subtitle of the book, “Worship Matters” expresses the letters’ main concern. By “worship” is meant not only liturgical worship but also the ethical behavior that complements it for a holistic way of worshiping God. “Matters” refers not only to the “matters” or issues regarding worship in these letters but also to the fact that worship “matters” in the sense of making an all-important difference to Christian living, not only for the original audiences of letters, but equally for their contemporary audience. Accordingly, this book proposes that: 1 Peter exhorts its audience to worship for life, both present and eternal, through the sufferings of Jesus Christ; 2 Peter exhorts its audience to worship in the knowledge regarding the final coming of our Lord and Savior Jesus Christ; and Jude exhorts its audience to worship in the mercy and love of God through our Lord Jesus Christ.

The Letter of James: Worship to Live By 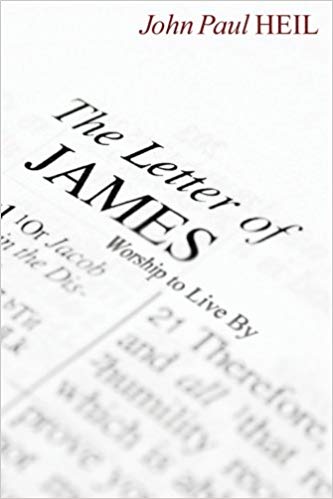 This book proposes a new and comprehensive chiastic structure as well as a new unifying theme for the Letter of James. In accord with this structure that organizes its oral performance, the words “worship to live by” express what the letter as a whole is exhorting its audience to adopt. “Worship” includes not only liturgical worship but also the ethical behavior that complements it, so that the result is a holistic way of worshiping God. And the words “to live by” embrace the worshipful conduct by which to live out presently one’s birth to a new life as a believer before the final coming of the Lord Jesus Christ, with a view to the future eternal life to be granted at the last judgment as the outcome of such worship. In short, the Letter of James urges its audience to practice the worship to live by now in order to live eternally.

Worship in the Letter to the Hebrews 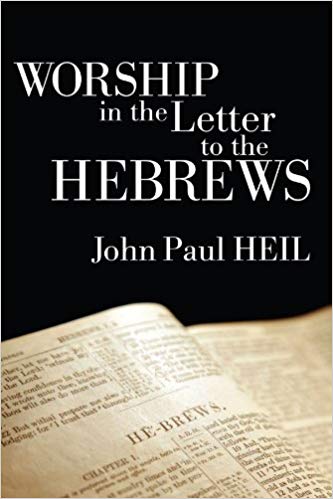 This book seeks a more comprehensive understanding and appreciation for the Letter to the Hebrews by examining it from the viewpoint of its prominent theme of worship. It aims to demonstrate the topic of worship in all of its rich and varied dimensions provides the major concern and thrust that embraces Hebrews from start to finish. The author of Hebrews encourages his audience to hold on to the letter he has written to them as “the word of the encouragement” (Heb 13:22). In a very carefully concerted and masterfully artistic way, the letter persistently encourages the members of its audience with regard to their worship. Indeed, Hebrews was intended to be presented orally in a public performance as a liturgical or homiletic letter, an act of worship in itself, heard by its audience gathered together as a worshiping assembly. Hebrews exhorts the members of its audience not only with regard to their liturgical worship in which they engage during their communal gatherings, but also with regard to their ethical or moral worship in which they engage by the way they conduct themselves outside of their communal gatherings. This close examination of Hebrews through the lens of worship is intended to inform and enrich the worship of Christians today. Hebrews presents important and unique points about worship not found in any other New Testament writing. The goal is to illustrate and illuminate these points for the benefit of those who desire to deepen their worship as Christians by deepening their understanding of the magnificent literary masterpiece that the poetically lively letter to the Hebrews articulates for all Christians.